I ended up making it to Seanna’s high school graduation ceremony.  Originally Dottie and I were going to fly into Chicago, do a mini-vacation there, drive to Muskegon, attend commencement and visit a few people, and fly back out of Chicago.  It went a little like that but since I had gone back and forth on whether to go or not, Dottie had already changed her ticket and went to her sister-in-law’s college graduation in San Francisco instead.

So, I flew into Chicago but not before sending this picture to the girls of the plane I was about to be getting on at the airport.

And this one from inside the plane, somewhere over the midwest… 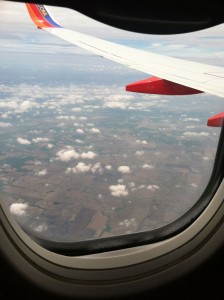 Once I arrived in Chicago, I rented a car and started the long drive to Muskegon.  I ended up there about dinner time so I stopped to grab some steaks to grill and went to Heather’s.  We ate dinner and a bunch of people came over, including Nic.  I brought Cards Against Humanity as a gift for crashing at their house that first night as I had never arranged for a hotel in Muskegon with the previous trip plans. We played CAH until late into the night.

The next morning, I went and met Nic.  We had lunch and just hung out for a few hours. I got checked into my hotel.  Here was the view from my room:

That night was graduation so after visiting my dad 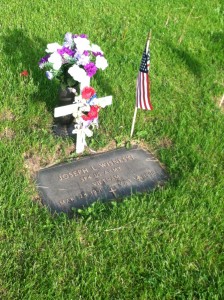 I went over to the arena for commencement.  I wasn’t sitting very close since I got there right as it was starting but I managed to get a few pictures of the high school graduate. 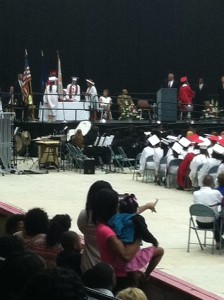 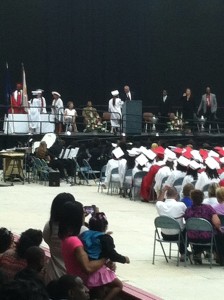 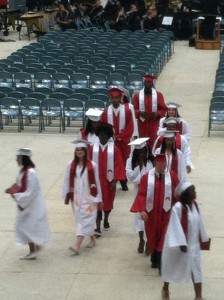 After commencement it was a zoo so I left.  I went back over to Heather’s to hang out and talk household budgeting strategies.  It was pretty late by the time I made it back to my hotel.  I talked to Maurice and the kids for a little bit (they were 3 hours earlier) and fell asleep.

The next day I picked up Seanna and we went for lunch and coffee.  It was a nice visit.  She’s pretty excited to get started at MSU later this summer.   Then I drove out to Spring Lake to visit Sandy.  I haven’t seen her in probably a decade.  It was a blast from the past but I had a great time.

Heather had offered to make me dinner so I drove back to her place to take her up on it. It was Atkins friendly frittatas and delicious. By the time we chatted for a bit I was pretty tired and went back to the hotel.

The next morning I was up early for the long drive back to Chicago, return the rental car and grab my flight back to Phoenix.  I wish I would have taken more pictures but so goes life.