We woke up to room service and got ready while having our muffins and coffee.  Then we headed down to the dining room to meet everybody for breakfast.

After breakfast, we got on tender boats and went over to Catalina Island.  The boats were a lot like the Jungle Cruise boats from Disneyland. 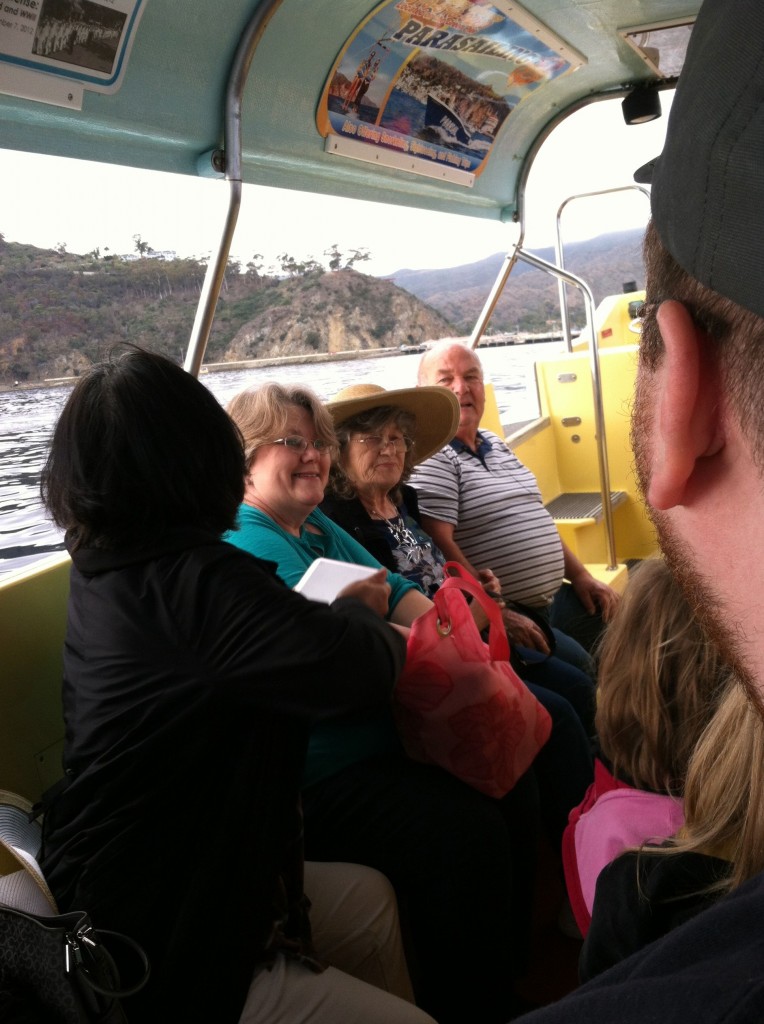 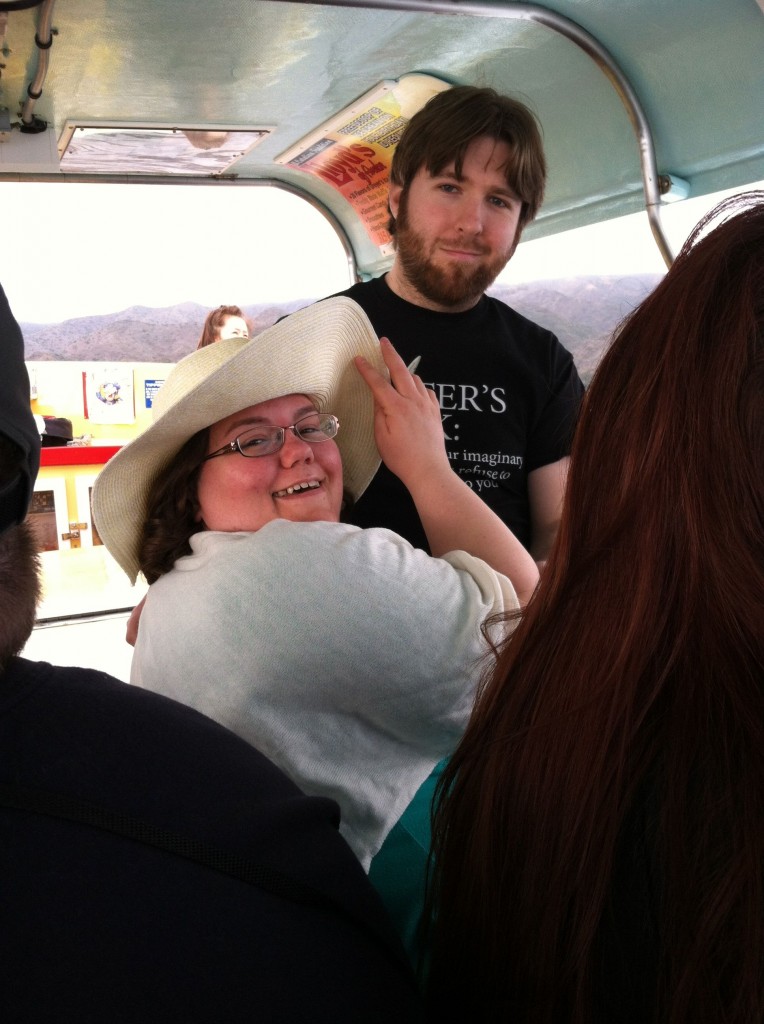 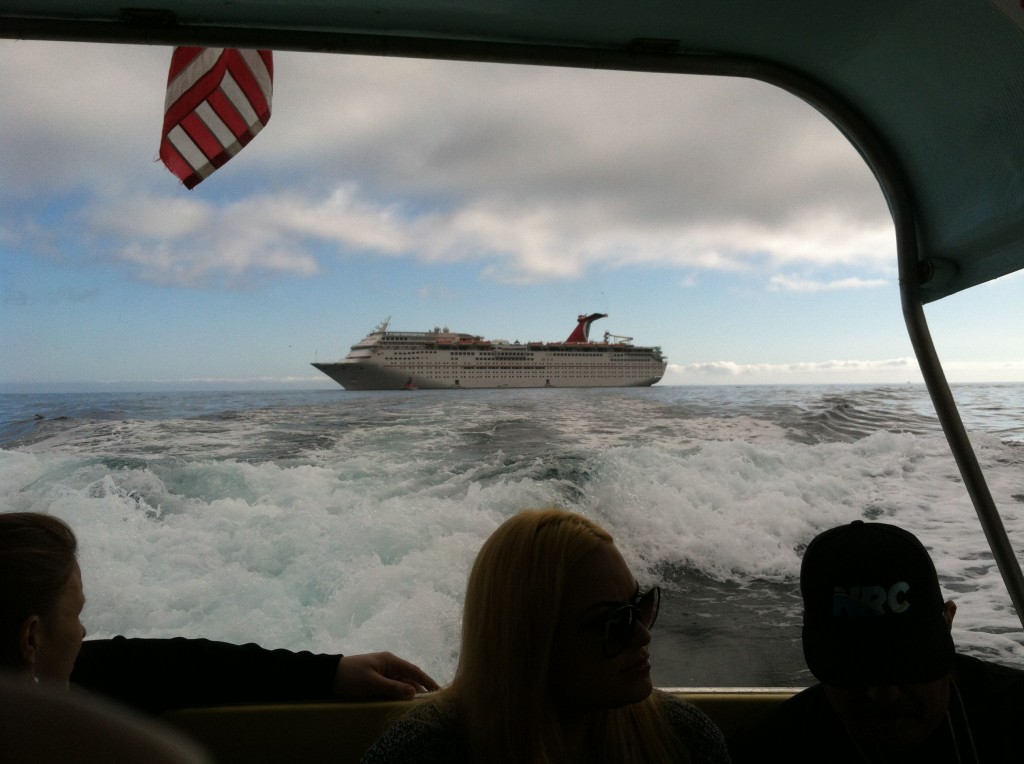 I was amazed and bewildered to see the hole in the side of the ship we had climbed down from into the tender boat.  The whole thing was kind of surreal. 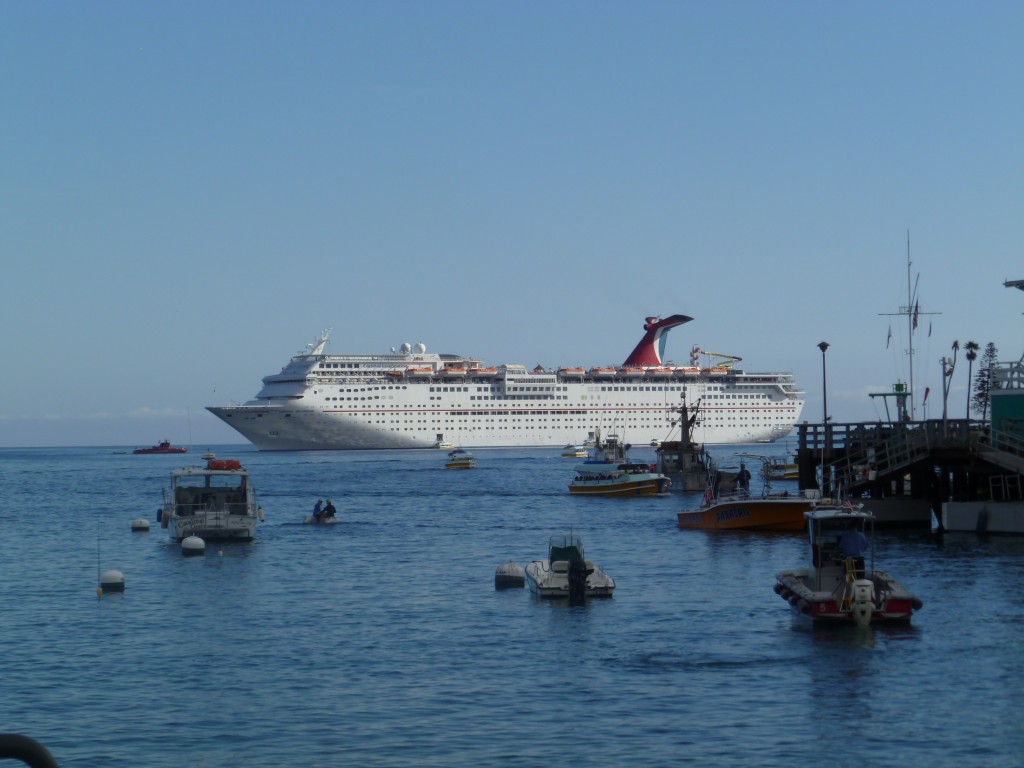 Once on the island, we wanted to rent a golf cart and take a tour.  The first stand we stopped at was cash only and we were going to need 2 carts. We didn’t really have enough cash between all of us and settled on just taking one 6-seater (Maurice and I, Chris and Dottie, Grandpa and Grandma) while Ella stayed with the girls. 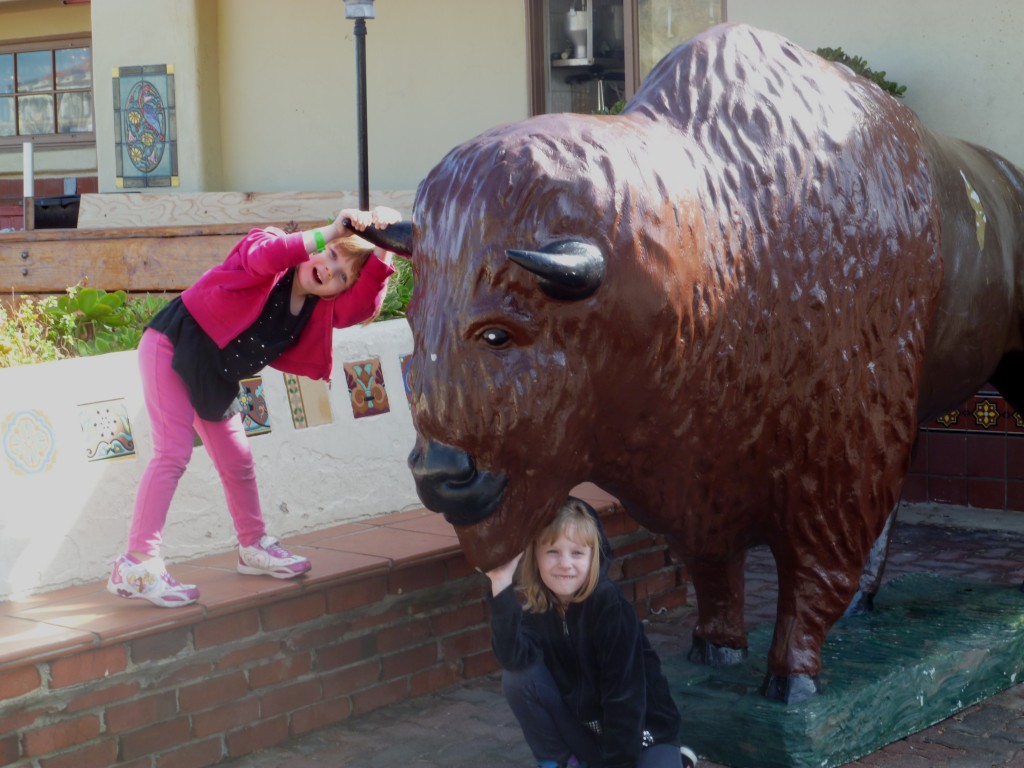 While I was paying, the girl mentioned their other location took credit and it was at the other end of the street.  Maurice and I didn’t want to lose so much cash so we went off to rent the cart and drove it back over to pick everybody up.  We went on an hour scenic drive all around that side of the island.  I loved it.  I was driving so Maurice was taking a lot of pictures.  Sometimes we were on really, really narrow mountain roads where there were work trucks also coming around corners.  Very exciting and a little bit terrifying.

Ever since we decided to take a cruise that involved Catalina Island, we had been hearing tales about the strange mini-Vons supermarket on the island from Chris.  We were fascinated by a teeny-tiny grocery store and decided to stage this hilarious picture before we left.  Maurice is a giant. 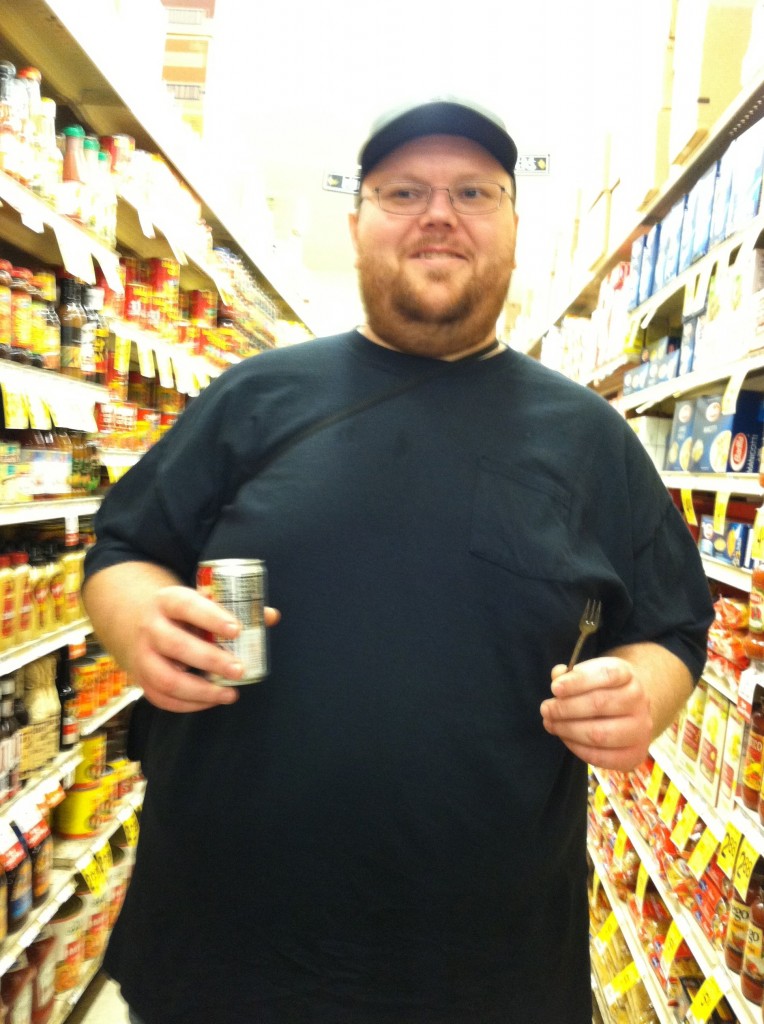 After Vons, we went with Grandma and Grandpa back to the ship for lunch. 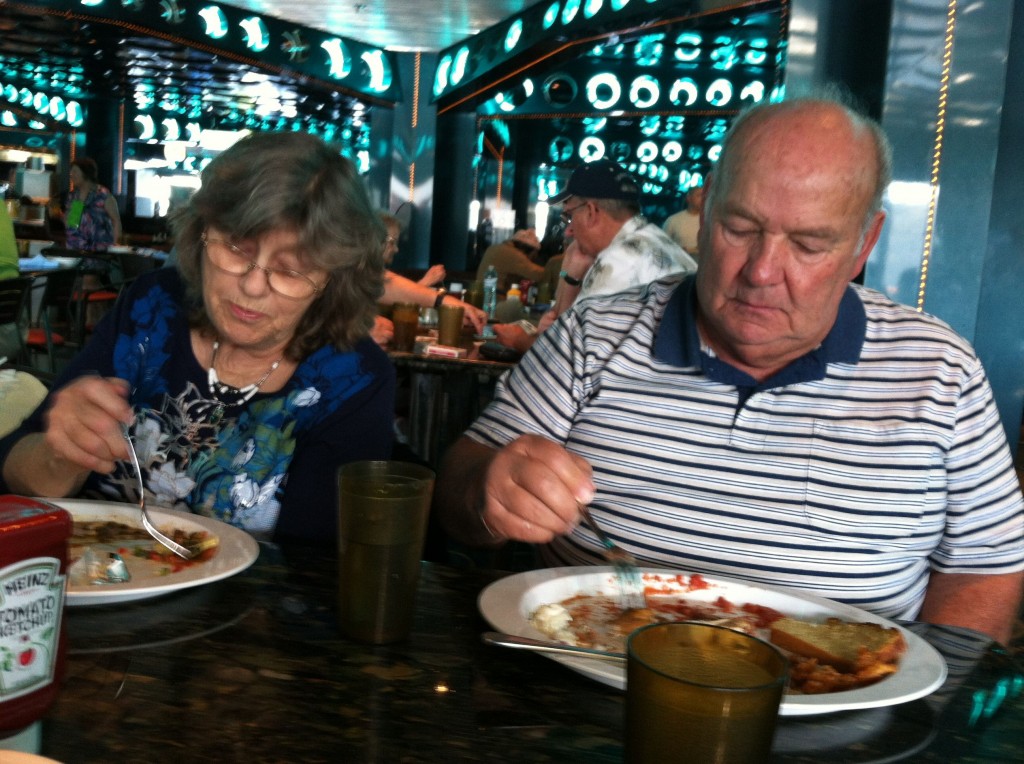 Chris, Dottie and Ella stayed to eat on the island.  We agreed to meet for dinner.

The dinner that night was formal.  We all got dressed up in our fancy clothes and went to the dining room.  It was a lot of fun.  The girls (especially Rosie) loved being dressed so fancy.  We had a really nice dinner (at which Chris scored seconds on lobster tail!).  The waiters made a big deal about the grandparents 60th wedding anniversary and gave them a little cake to celebrate. 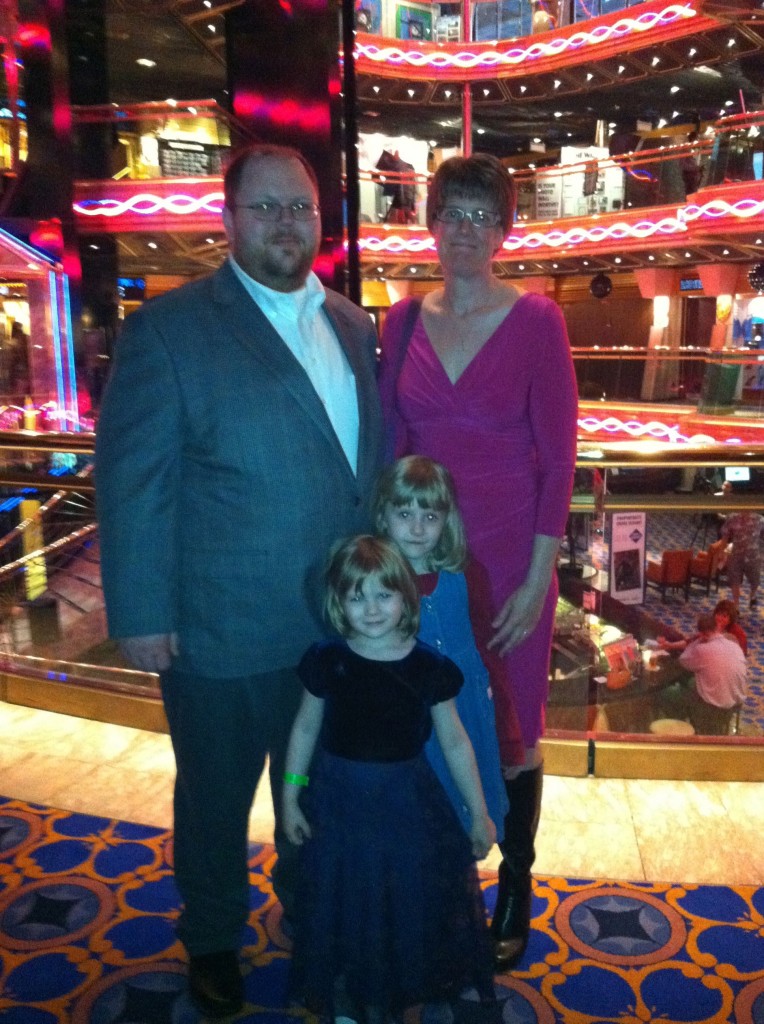 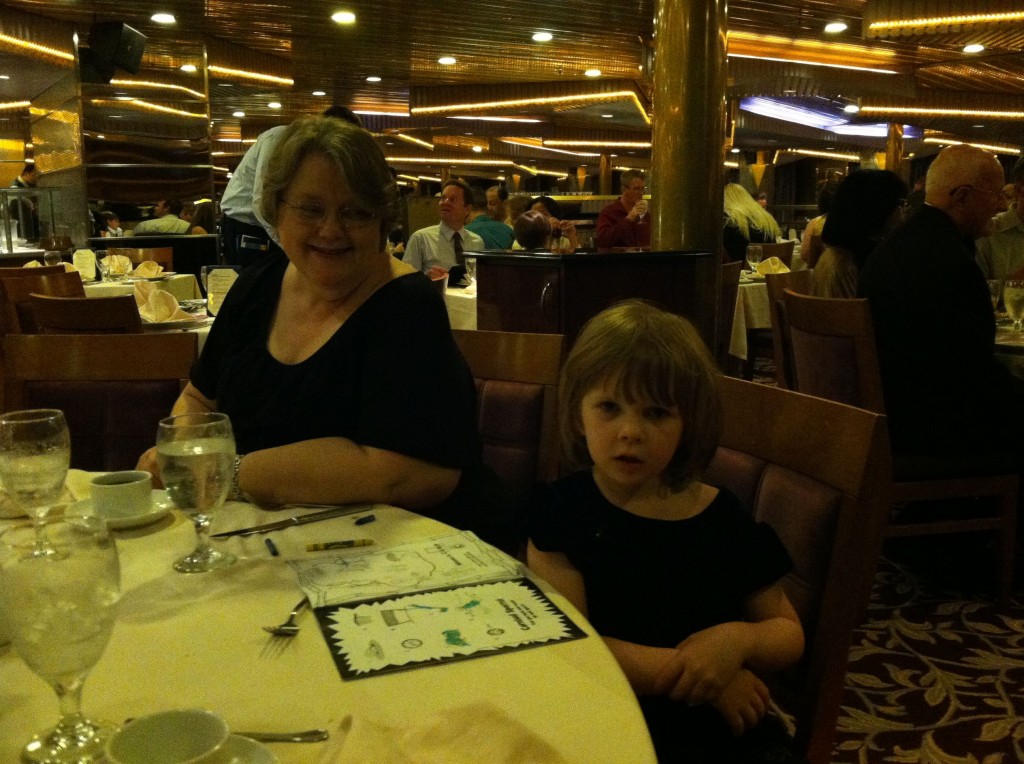 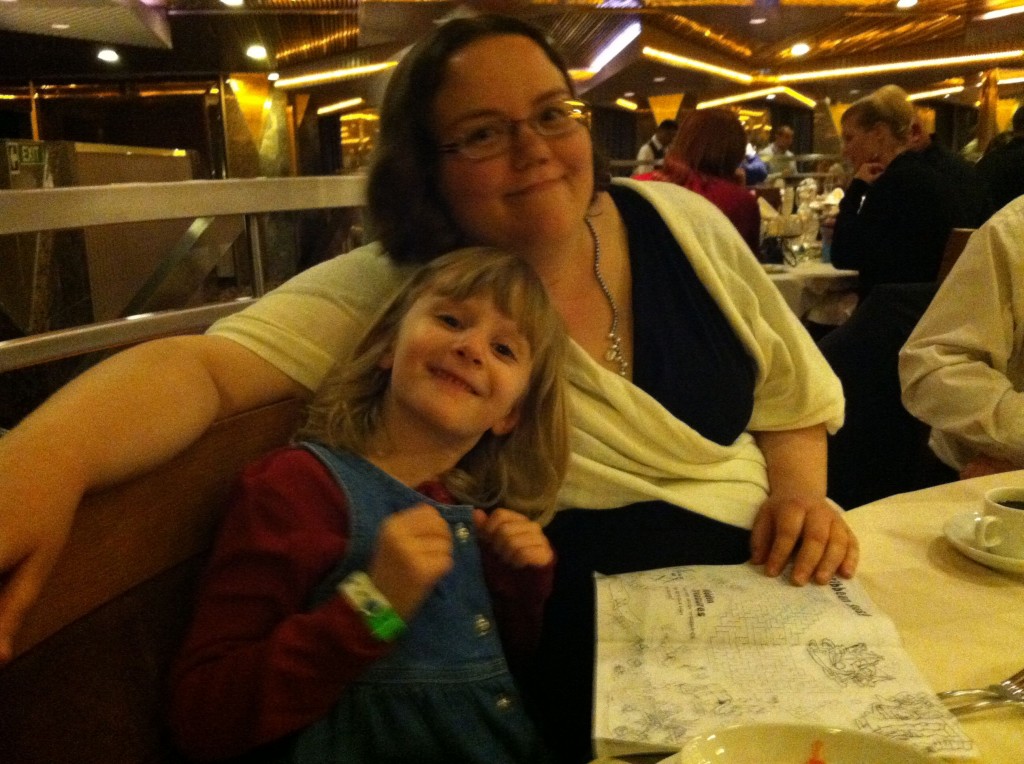 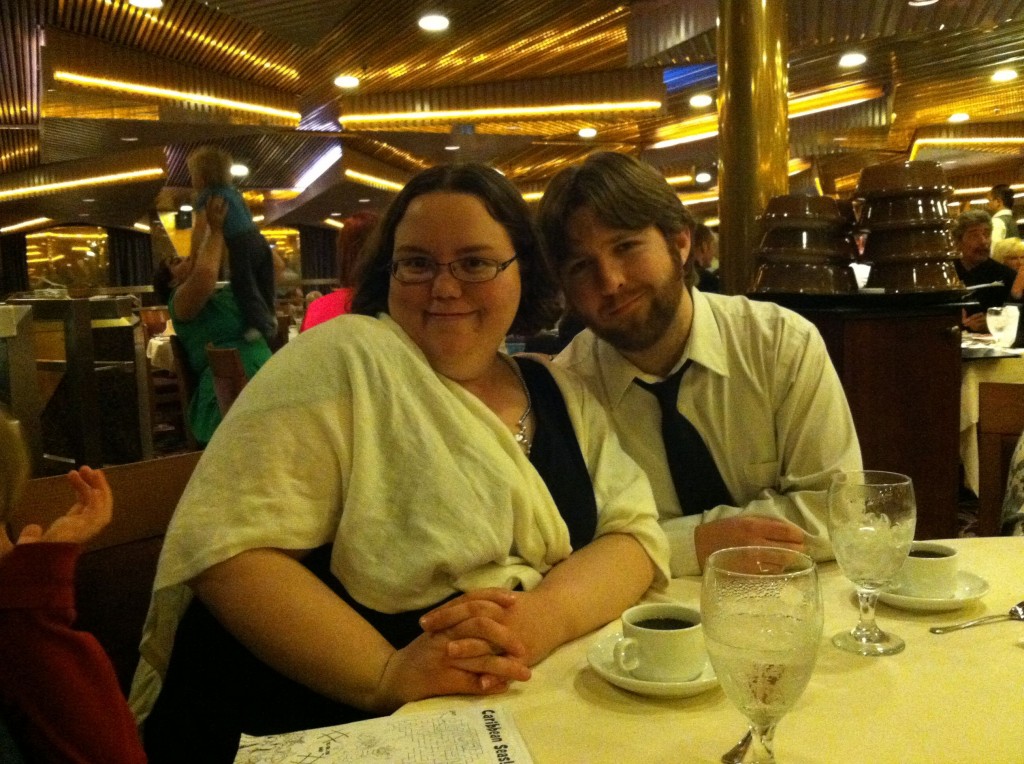 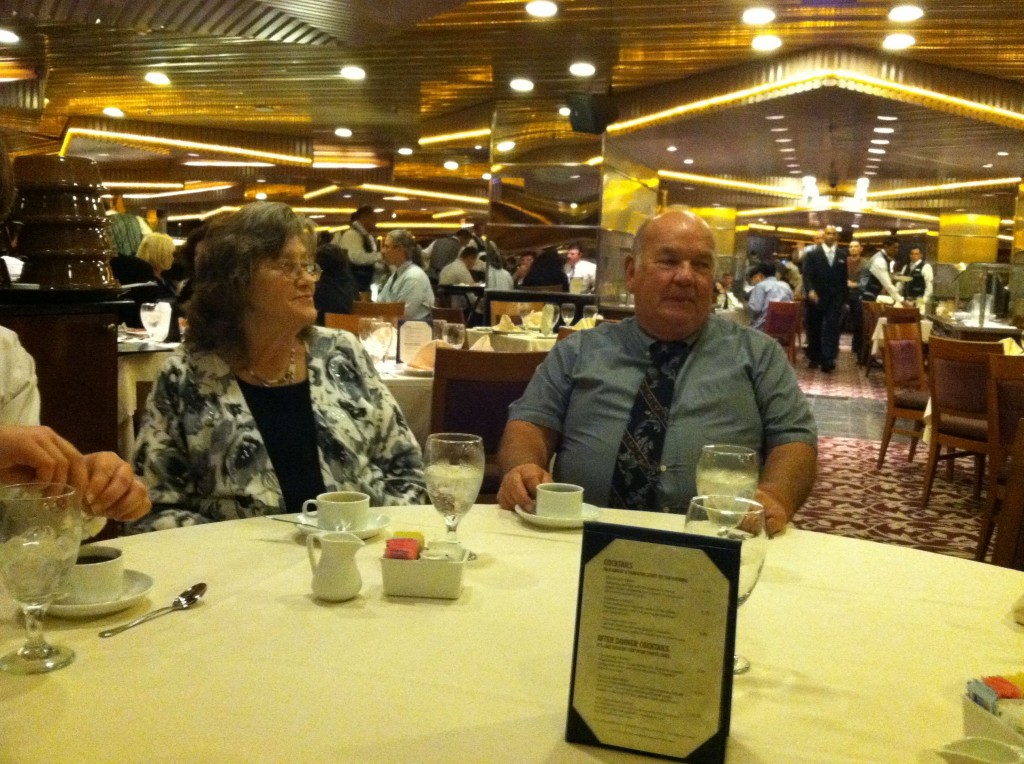 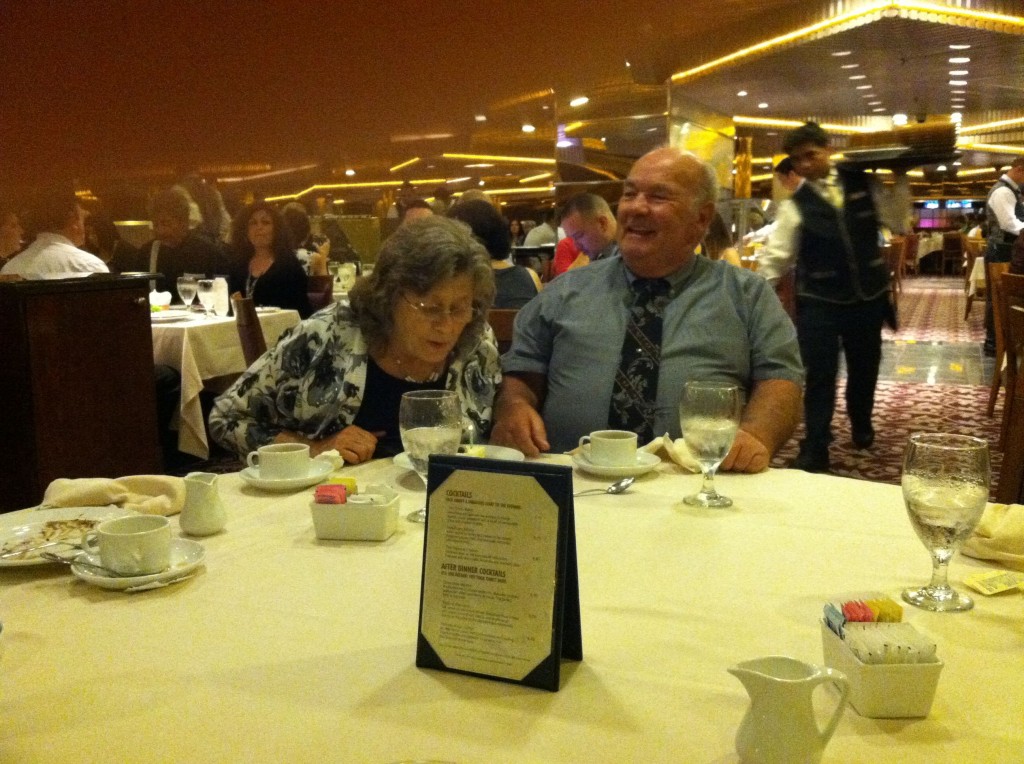 Afterwards, we dropped the kids off at the kids club and went to see a show called Divas in the lounge. Grandma did not like the provocative dancing so it ended up being me, Maurice and Chris left at the end of the show.

That night when I picked the kids up from kids club, they told me how much fun they had there.  I was hoping it would be a nice way for them to play with other kids so I could spend some time with Maurice.

We went back to our room, set our room service order out for the next day and went to sleep.