Last summer we somehow got on the topic of cruising. I’ve always wanted to cruise Alaska.  Maurice said he’d be willing to go on a cruise but it would have to be short one first, just in case we hated cruising.  I found a really cheap 4 day cruise out of Los Angeles on Carnival (the Imagination boat) for January 2014.  When this got brought up to the rest of the family, everybody liked the idea and Ella wanted to surprise her parents for their 60th wedding anniversary.  Suddenly, we were all booked!  Well, last week we took our cruise.

Dottie and Chris and Ella and her parents drove out the day before embarkation and met us at the port check-in line. That same day, we were packing and dropping the dogs off for kenneling.

On cruise day, Maurice and I got up really early, packed the car and headed out.  The girls always get new activities from the dollar store for long car trips so they were super excited to get their backpacks and see what surprises I had for them.

We found the port with only one missed freeway. Since LA is huge, there is always another freeway to take.  We ended up getting to the port to check-in around 1pm.  While in line, the rest of the family showed up. We teased them for ending up getting there after us even though they had an entire day’s head start.

Here was the check-in line: 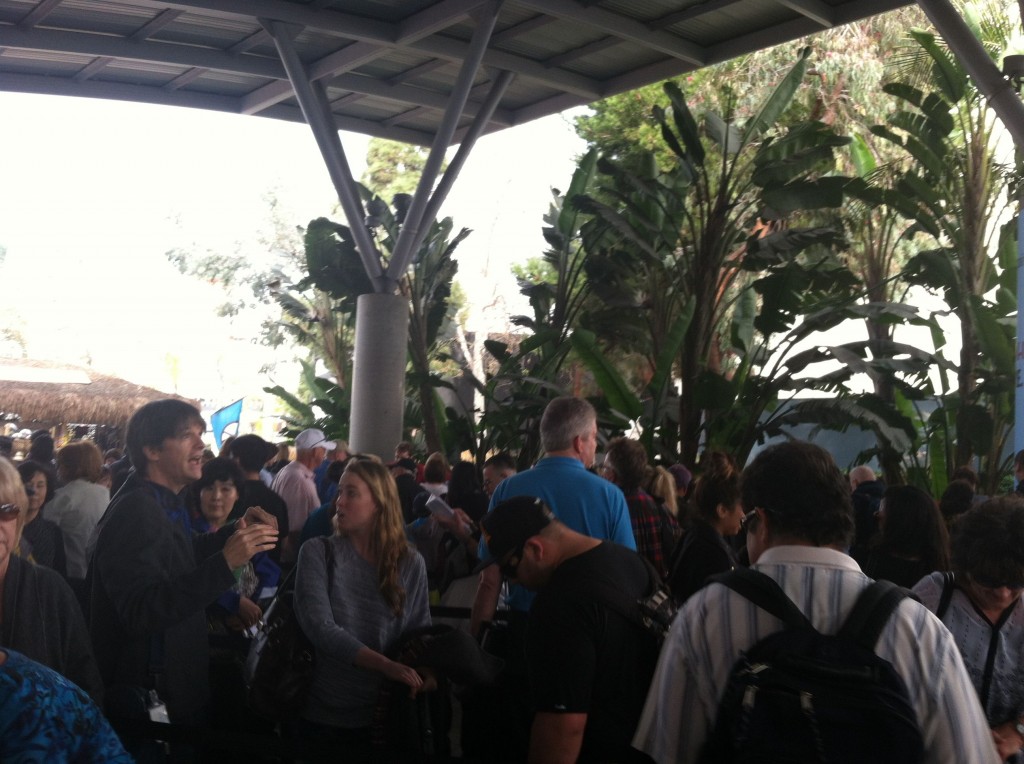 When we checked in, they took our pictures and issued us our room key/charge cards.  Here is the family, pre-cruise. 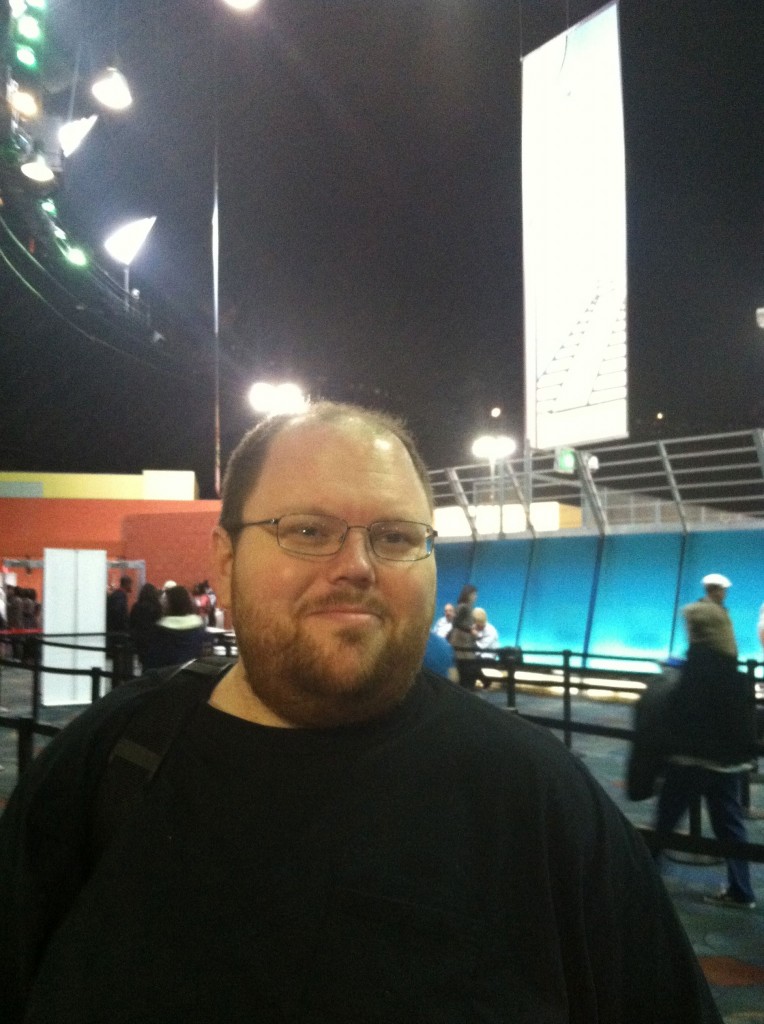 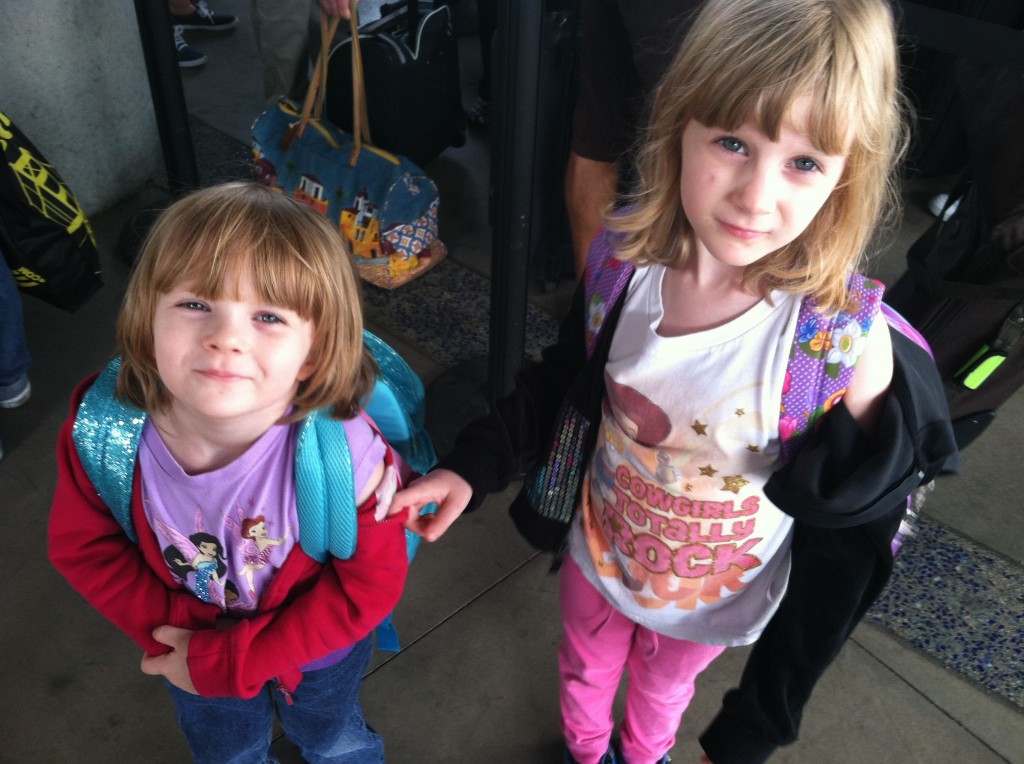 From there, we headed down the plank to the boat. 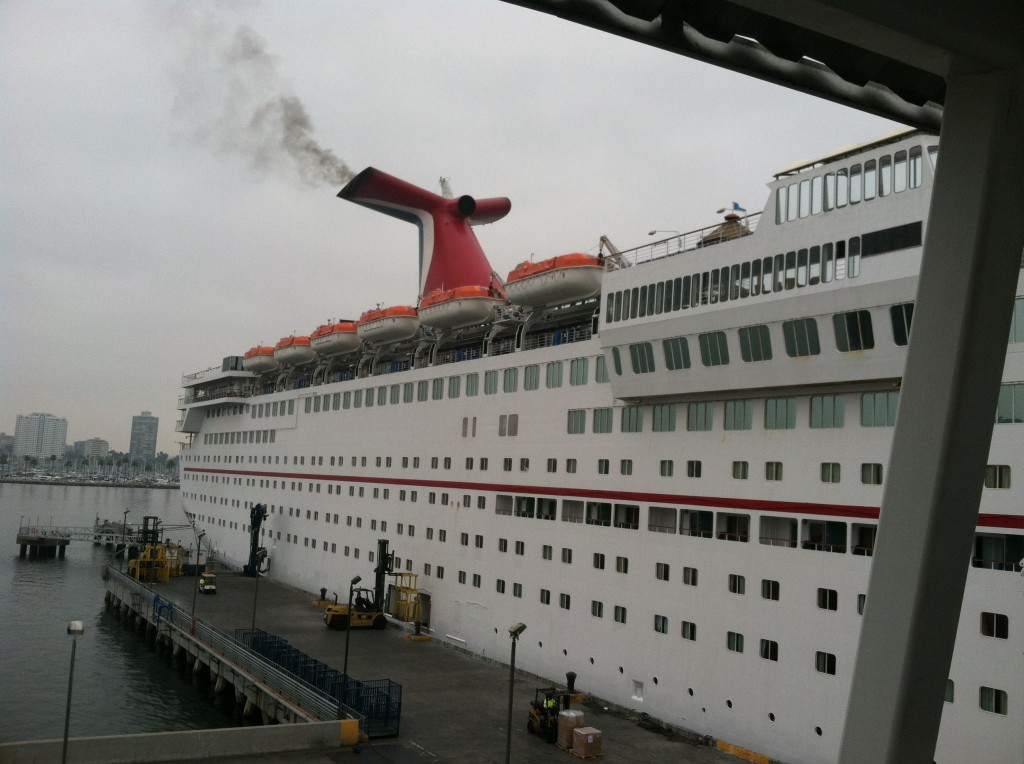 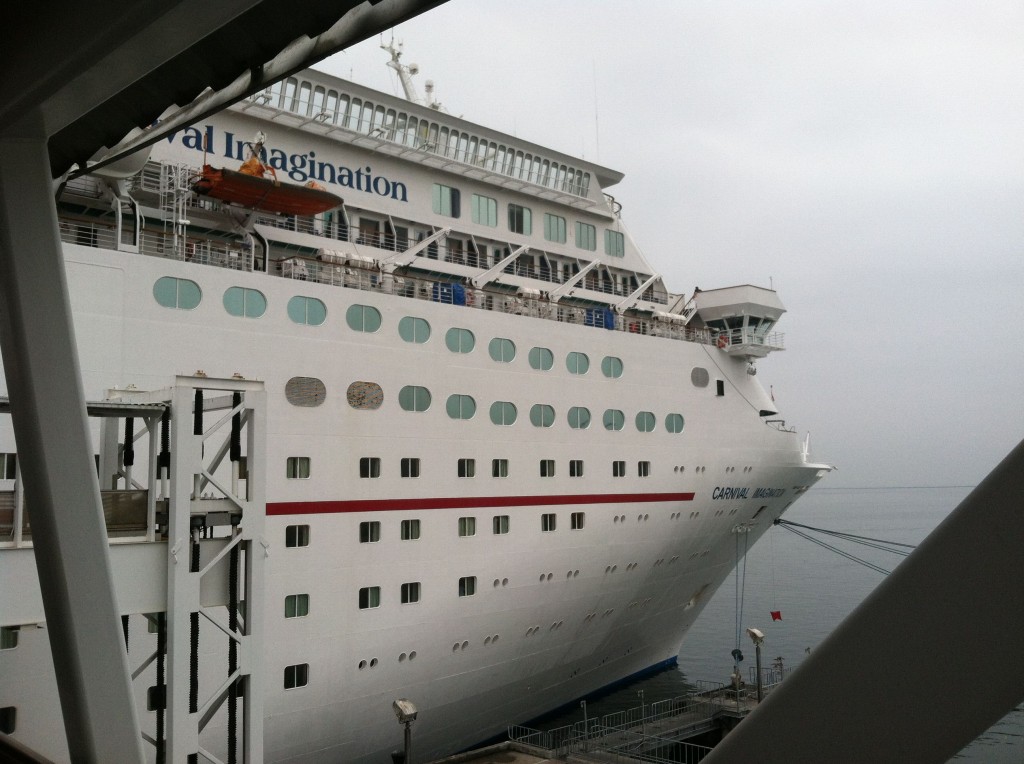 The first place the four of us went was off to the lunch buffet.  Maurice and I had originally planned on sticking to Atkins as best we could during this trip. We looked around, unimpressed.  There was nothing to eat, really, except for salad. This was going to be a long cruise.  We found out later, the buffet was split and outside was where they put all of the glorious mountains of meat. The girls, however, had been promised they could pick out their own food while on vacation and they wasted no time.  First meal on the boat: pizza and chocolate milk. 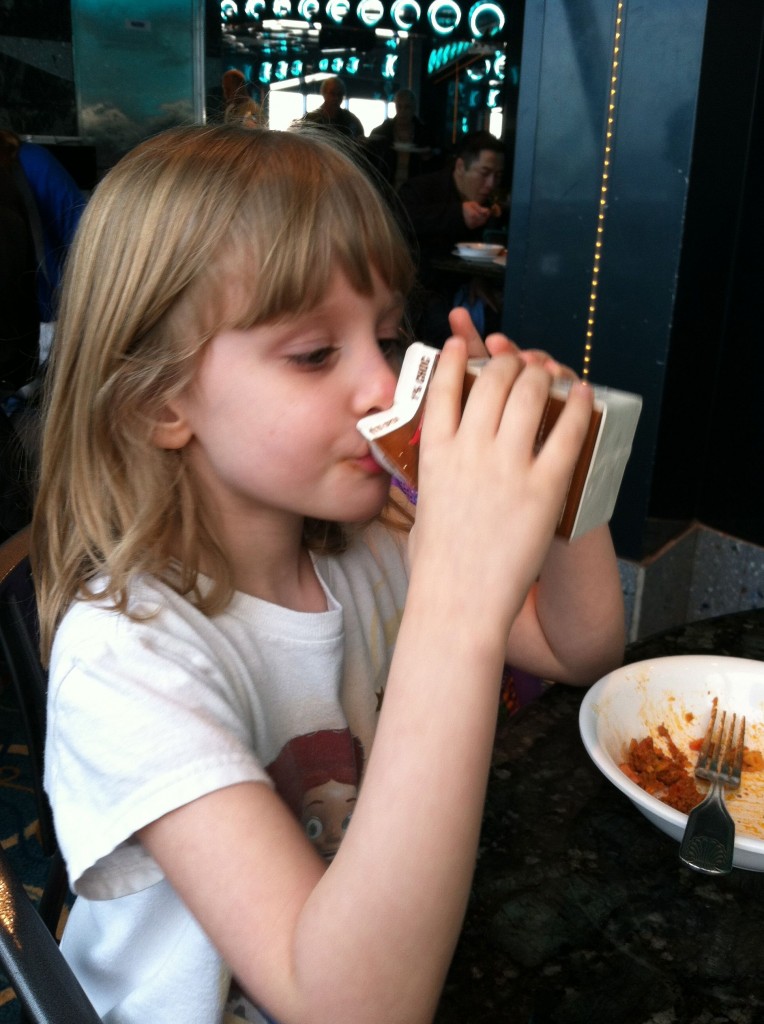 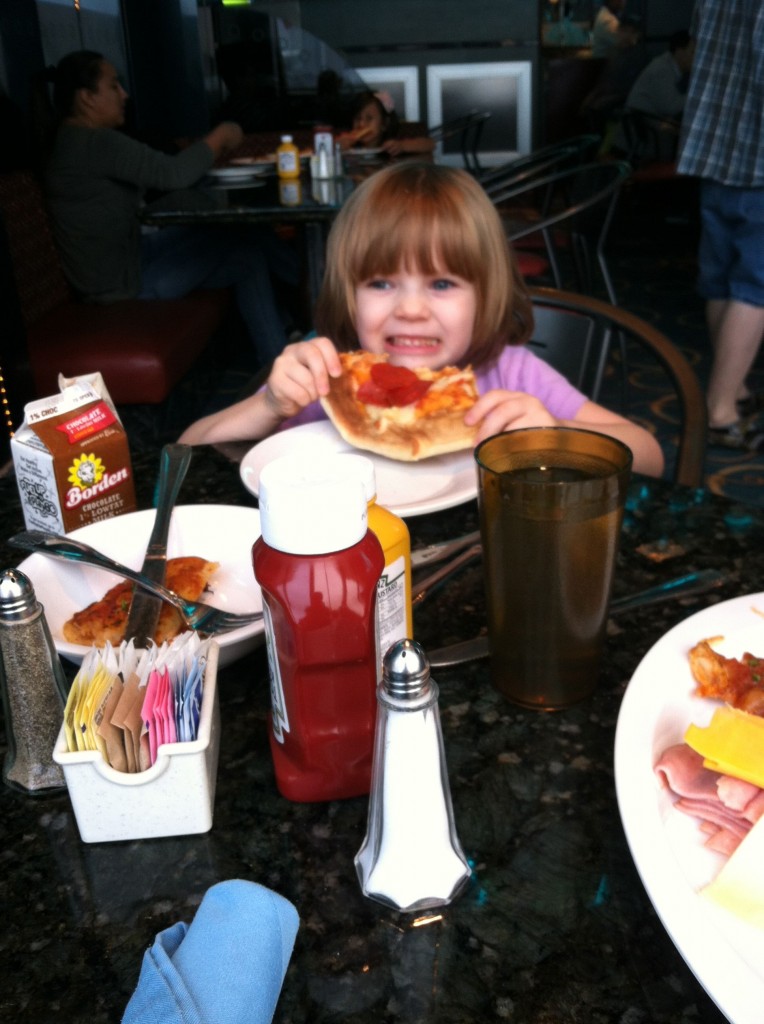 During my cruise research, I read a tip to pack your bathing suit so you can use the pool right away while they are still delivering luggage to rooms.  The girls and I changed after lunch and hit the hot tub.  The pool was freezing so the hot tub was all I could handle. 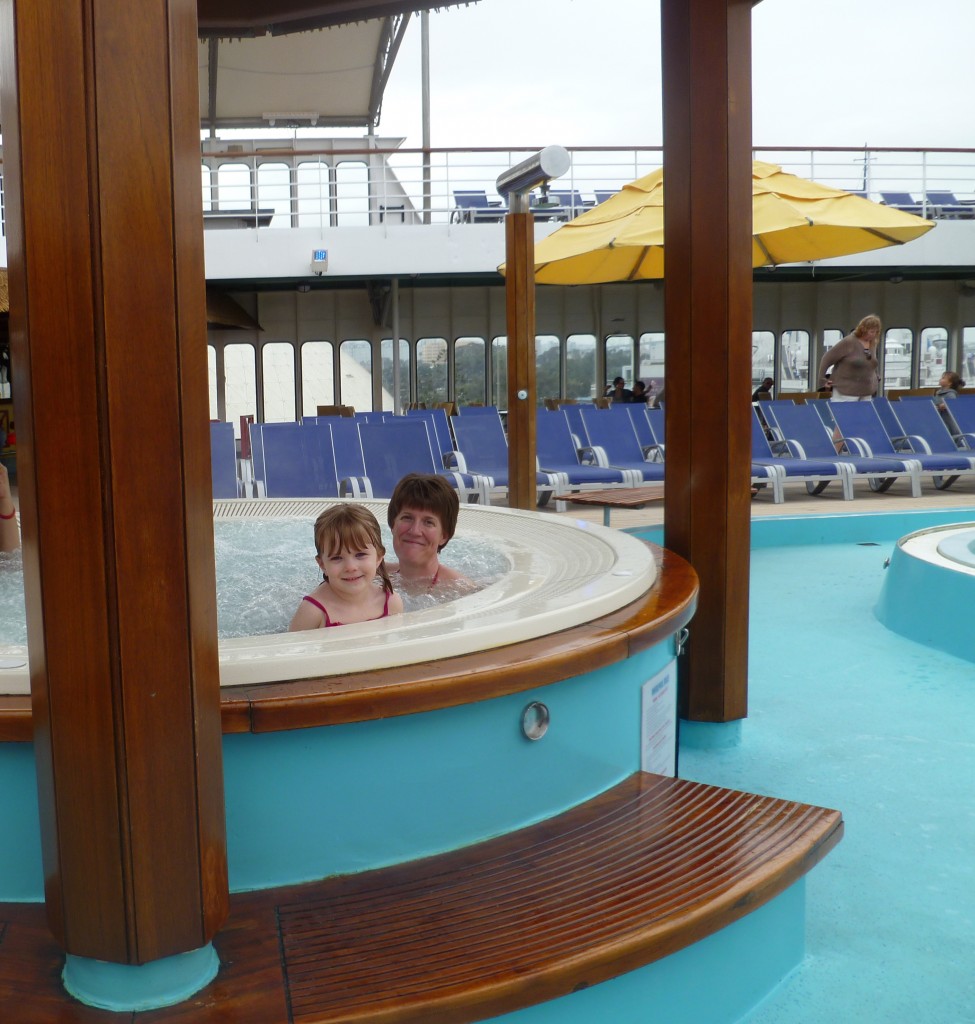 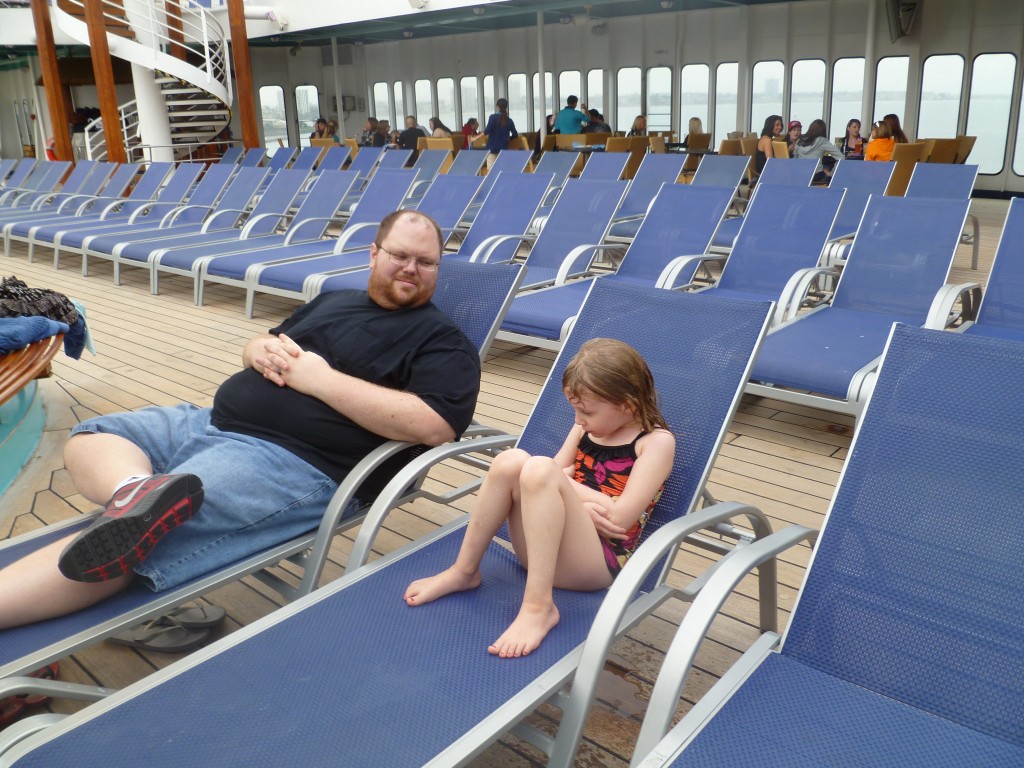 Then we went up to the top deck where the water slides are kept.  The kids had a blast.  The large yellow tube had height restrictions too tall for the girls but Ellie was able to do the longer blue slides and the toddler blue slides they both raced each other on for awhile.

We could get into our room now and I changed back into clothes.  I had to get to a meeting about the kids club registration.  After that, we went to dinner.  Maurice and I wanted to go to the dining room.  It was really nice and we both had salmon.  Since Maurice had only a salad for lunch, he ate about a million rolls.  Well, that ended Atkins on the trip.  I had dessert after dinner and ate dessert every single meal after that.  It was pretty awesome.  We ran into the rest of the family and picked a time to meet for breakfast the next morning.

Back in the room, the kids were LOVING the window.  We were still at the port because they were doing work on the ship (that’s the port terminal out the window). 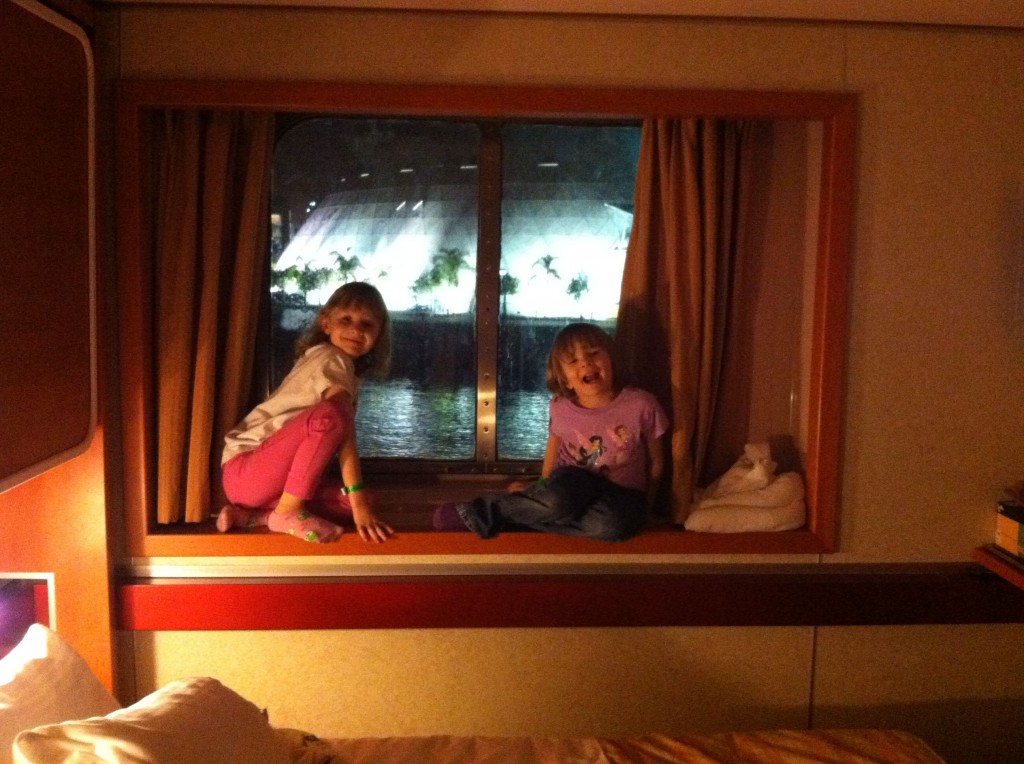 We asked the room steward to only drop the one bed because the girls always sleep together. 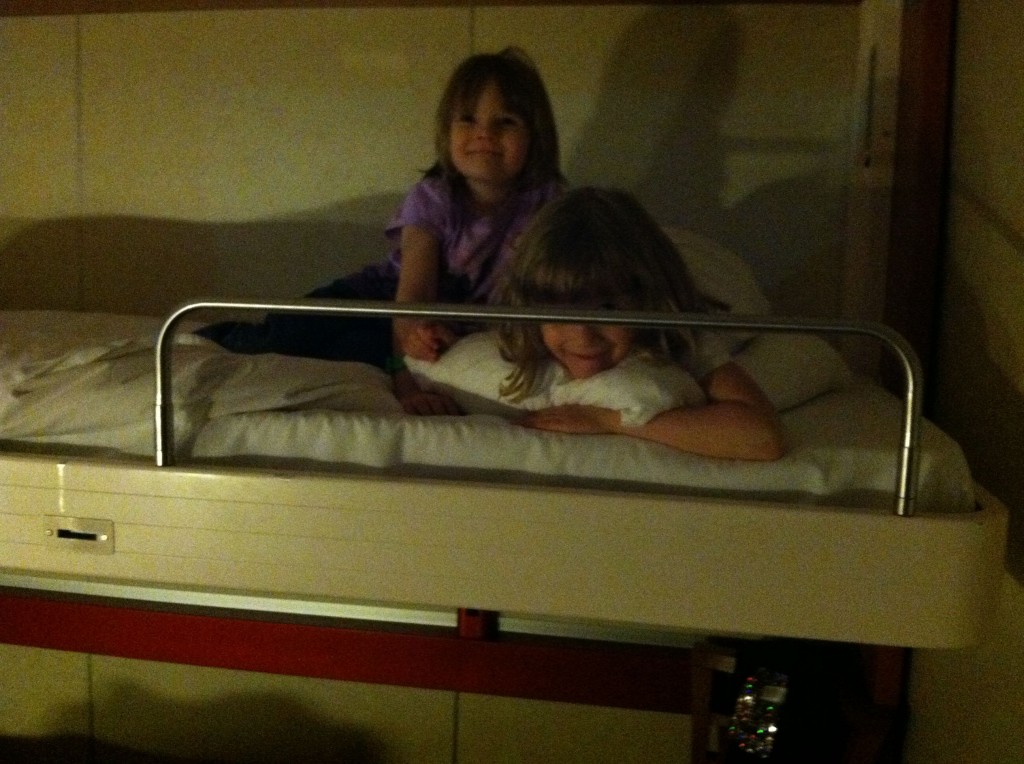 Then we filled out the card for room service in the morning (muffins for the kids and coffee for us) and went to bed.